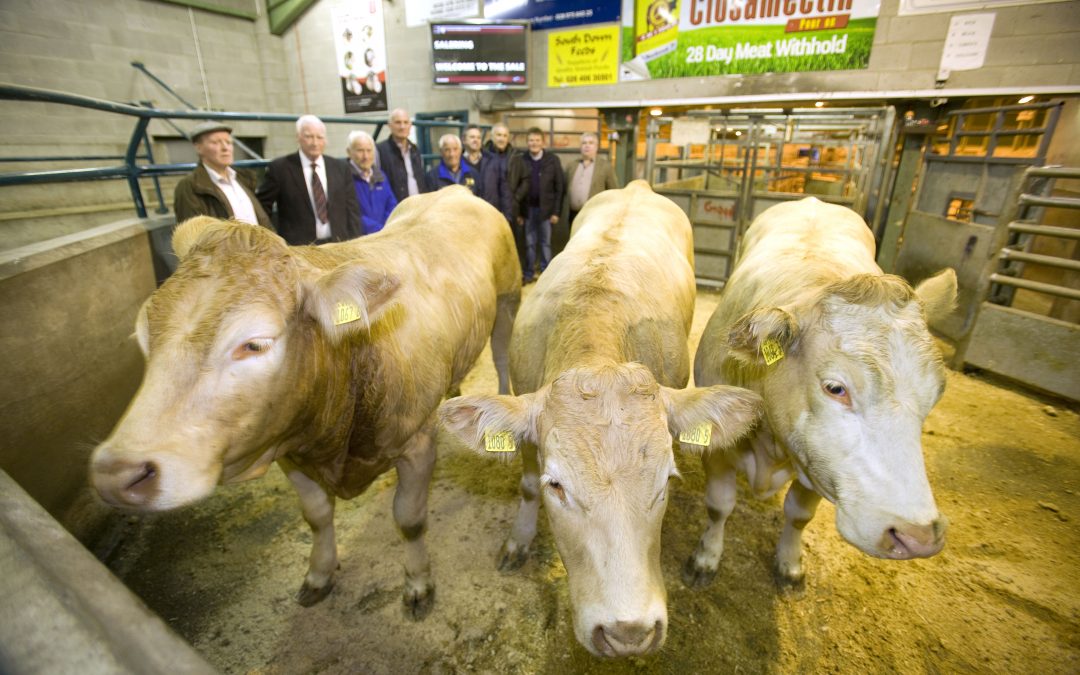 First opened in 1998 on a five acre site on the Rathfriland Road, it was hailed at the time as ‘one of the most advanced and attractive agricultural development facilities throughout Ireland and the UK’.

The original Hilltown Mart outgrew its original facilities on the Rostrevor Road and in 1995 and took the brave decision to invest £1.1M in a new ‘super-market’ which was opened in 1998.

Today, the Centre continues to be the hub of the South Down Agricultural Community – attracting local farmers from County Down, Armagh and Antrim for regular cattle and sheep sales and as well as special sales for breeding Clubs and Pedigree Clubs across NI.

It is 20 years since Hilltown Attested Sales opened its doors – standing as a pioneering force in local agriculture. Throughout that time it has survived the ebb and flow of turbulent livestock markets and most notably a five month closure following the outbreak of Foot & Mouth in 2001.

Two decades on, the market still acts as a positive hub for agriculture and education in the South Down region. Hilltown Sale Yard continues to be a centre point for training from CAFRE and a meeting place for regular EU updates, as well as housing a bustling restaurant and more recently the addition of Glens Farm Supplies which opens daily.

The committee is launching as special draw this month to mark the double centenary year.

Chairman of Hilltown Attested Sales Committee John Farnan said: “We’ve modernised the Sale Yard branding and signage at the marketing centre and we are also launching a special anniversary draw this weekend as a way of rewarding all our customers who support the sheep and cattle sales.

“Anyone who sells or buys through the yard during October is entered in a special draw to win a weekend break for two people, sponsored by the Carrickdale Hotel. November draw will be to win 20 dining vouchers for two people and in December, 20 specially designed hampers.”

Leo Fearon, Deputy Chair added, “We’d like to take this opportunity to thank the local farmers and businesses sponsors who have supported the yard thoughout the years and continue to do so as we mark this significant mile stone.”