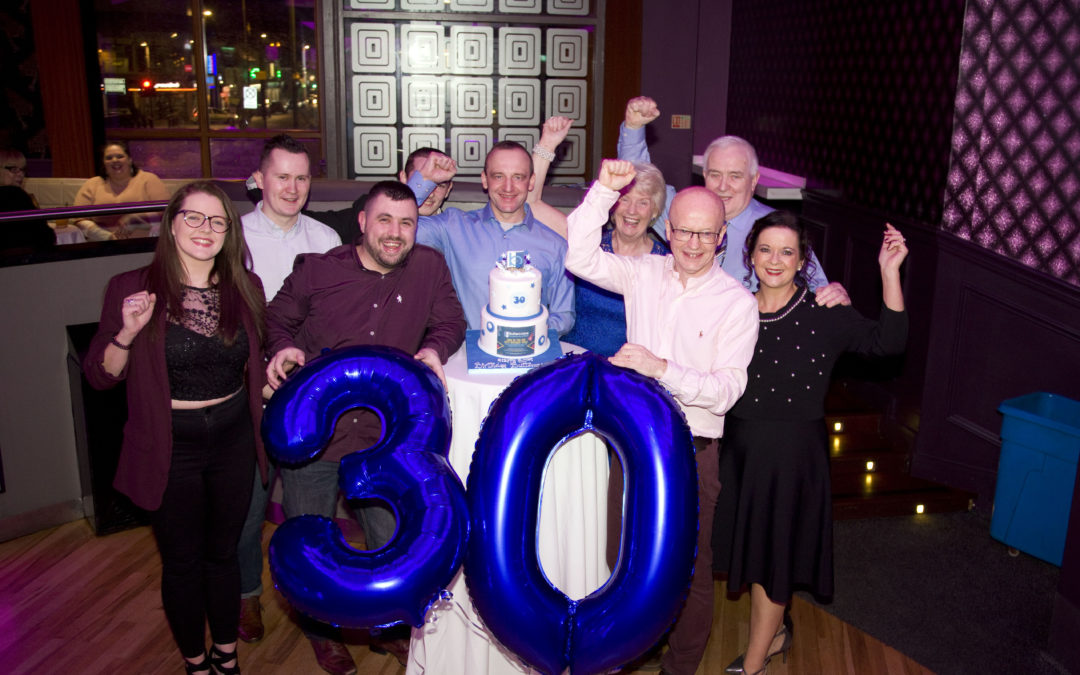 First opening its doors in November 1988, the centre has changed dramatically, the ebb and flow reflecting the changes on the High Street.

Located alongside the historic Newry Canal in the centre of the city, the site on which Buttercrane is built, has been at the centre of local commerce for centuries –  home to a brewery, a morgue and a timber yard throughout its history.  In 1988, Buttercrane Shopping Centre opened, representing a massive investment in the then ‘town’, which was very different to the vibrant retail centre that it’s known as today.

In 1988, Newry was under invested and had a 28% unemployment rate.  Buttercrane opened on 11 November, offering the first modern retail space in a town centre location.

During those 30 years, Newry has developed a well-deserved reputation as one of the best provincial shopping-towns in Northern Ireland, attracting large numbers of shoppers from as far away as Cork.

Buttercrane Shopping Centre is a major employer and today employs some 900 staff, contributing circa £13m to local economy annually.

“Originally many of the store managers were from Belfast and travelled to Newry daily – now all the store managers are from the Greater Newry region – many of whom are long serving staff who have developed their retail careers in Buttercrane Shopping Centre.”

Peter Murray is one such employee and has been the centre’s manager over 30 years –steering the centre through its early years and later evolution into the flagship retail centre it’s become.

Buttercrane’s own history is a microcosm of the changing face of the Irish high street.

“Originally when we opened we had two supermarkets, no mobile phone shops and a limited food and beverage offering,” Peter explains.

“The Centre was home to some of Northern Ireland’s most famous high street brands which have disappeared in recent years such as Wellworths, Stewarts Supermarkets, Connors Chemists, Options, Adams Childrenswear, Virgin music, Etam, Chicago and Caroline Music.

“Change is always at the heart of the retail sector and as a Centre we continue to adapt, evolve and reinvent ourselves. We’re outward looking and progressive and that has stood the test of time.

“We’ll continue to rise to new challenges, whatever those may be, with social media, offering new Click & Collect services, varying our retail offering and actively working with new brands coming into the Irish/UK retail market,” Peter adds.