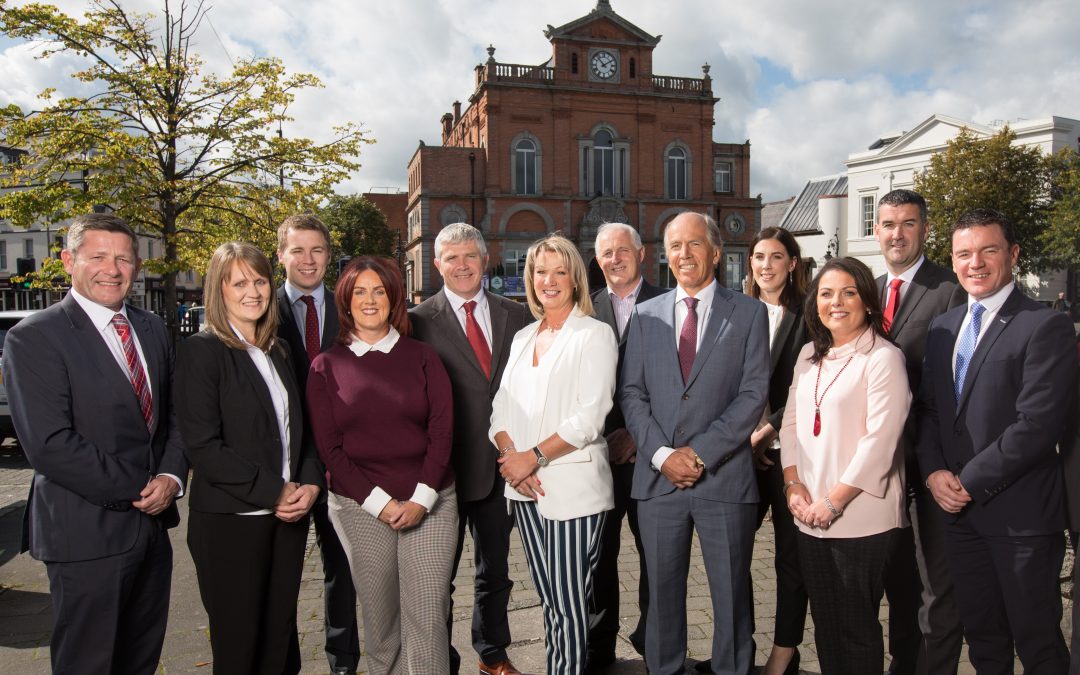 2018 was a good year for commercial, land and residential sales, according to the team at Best Property Services as they conducted their annual property review.

Looking first at the Residential Sector, sales volume for residential resale properties checked in at £18.5M – up 11% on 2017 sales.

Adrian Doran, Residential Sales said “We’ve seen an average price increase of 9 per cent across all sectors – detached, semi-detached and apartments- across the year. First time buyers are also benefiting from access to several lending options and are typically pre-qualified with a mortgage promise and deposit in place. With potential buyers out weighing current supply this has resulted in competitive bidding becoming more common place and some properties achieving more than guide price.

“The other notable trend we’ve tracked this year in an increase in the number of local buyers working in Dublin and benefitting from the strong labour market and current favourable exchange rate many have a higher earning potential so that’s contributing in part to the 9 % increase and demand for both starter homes and clients looking to trade up.

The investor market also remains strong driven by the strong local rental market particularly in the urban areas and rents have shown approx a 7% increase in the last year.

Further releases in Woodvale and Hillcrest Village, Bessbrook are expected in the New Year,” Siobhan adds.

Farmland continues to be a sound long-term investment and a shelter for some buyers from Inheritance Tax, Garry Best reports.

“Looking at the average price per acre for the six largest farms sold since January 2018 – approximately 380 acres – including good quality farmland, the average sales figure of £14,500 shows a very positive 10% rise on the2017 average.”

The big story in terms of commercial property in Newry is the unprecedented volume of industrial sales during 2018 said Commercial Director Ciara Aiken.

“Unlike previous years there have been several large Industrial sales transactions on and off the market in Newry, Lurgan and Rathfriland. There is pent up demand for industrial space for sale and to let given that there has been very little industrial development untaken in the last decade.”

This has been a good year for commercial sales and lettings in general with a rise in transaction levels by 15% with more readily available funding, buoying up that figure,” Ciara added.

Demand for office space remains consistent whilst the retail market remains challenging, however, there are some highlights including some sizable retail lettings during the year including NI Furniture Retailer, House Proud, who have just opened a 10,000 sq. ft store in Newry’s main commercial thoroughfare, Hill Street – representing the largest letting on Hill Street since 2012.

There will be exciting start to 2019 on Merchant’s Quay in Newry for Custom House as Bests Commercial team has negotiated a long term let of a modern glazed Ground Floor unit to a well-known food retailer with other tenants currently under discussion and further news expected in the new year.